I've spent this week painting the dreadnought that I built in the last post. I'm not sure what there is to say about this: I used conventional Tzeentch colours, and standard paint (as opposed to contrast and that sort of thing). I tried to keep the most dramatic colours to the dreadnought's head, to draw the eye there. 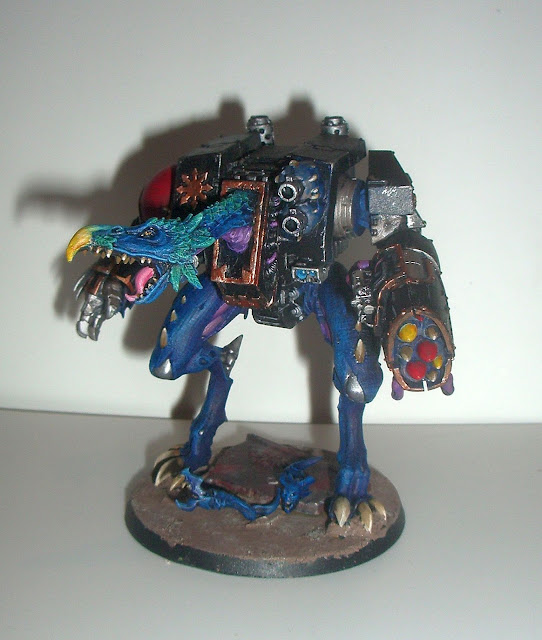 Actually, I did use a very small amount of contrast paint on the star symbol on his fist. In order to bring the model together a bit, I painted some of the exposed bone on his legs as metal, to imply that there's some sort of mechanical skeleton in there. 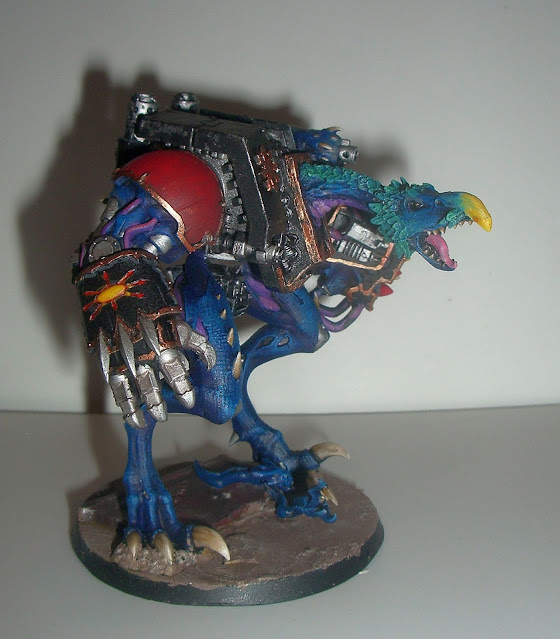 The things on his base are rather hard to make out, but to break up the emptiness, I put on a piece of metal flooring from a basing kit, which had an Imperial eagle on top. Then I made two weird worm-demon things from tentacles that were left over from the Khorne Bloodsecrator kit that I turned into a massive troll a while ago. I'm not sure what they are apart from strange chaos beings that might have been created by the dreadnought. 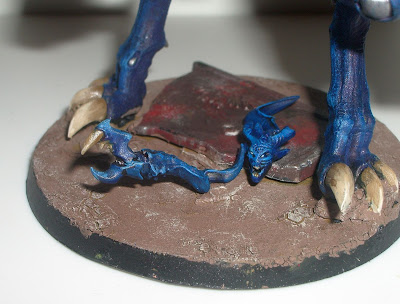 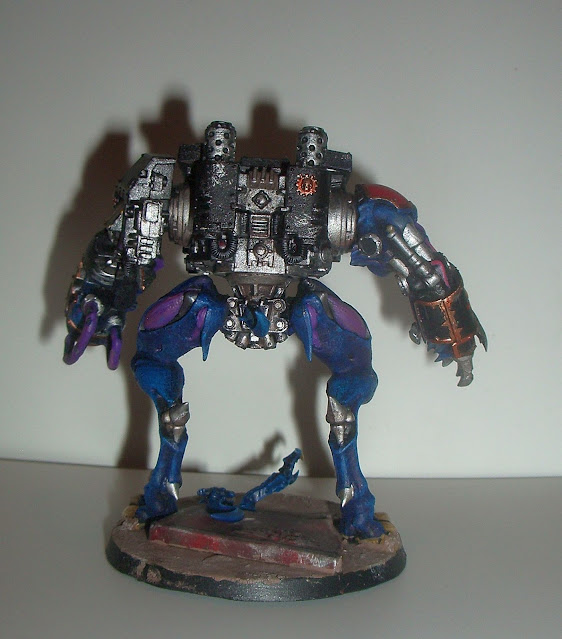 Overall, I'm really pleased with the end result. The spindly legs seem to have worked. 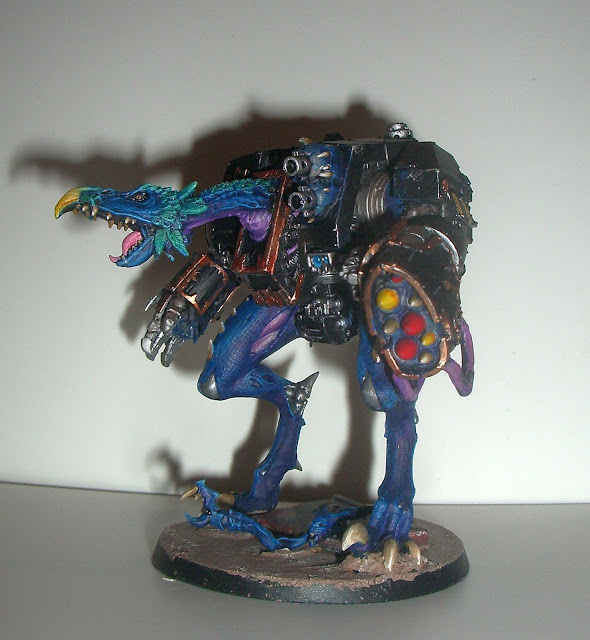 I really like how this turned out! The demon looks very Tzneetch in coloring, and I love the contrast of the black hull. I really looks like he (or she?) grew out of the hull. Fantastic work.

Great mix of organic and mechanical! The head works nicely - gives the feel of being an insane tortured creature.

The changer of ways will reward you for this! Awesome conversion!

It's unsettling, I love it! Nicely done! Oh, I think I have to steal the daemon-worm idea, its pure genius!!

Thanks everyone. I was pleased with the way he turned out. It was one of those moments where you're unsure until the black undercoat goes on, and then it seems to work. The worms on the base were really just to take up space and use the leftover bits, but they seen suitably chaotic and weird. I always like the weird little chaos creatures. It's a shame all the powers don't have nurgling-sized minions!

Awesome conversion work and the paint scheme is brilliant too!

It makes a really great centrepiece to a chaos warband!