For A Few Turnips More

It's been a busy week in the world of the turnip, and I've been able to make a few more wretched soldiers. A uniform seems to be developing, despite me using bits from medieval, Napoleonic and WW2 commando kits. A lot of Napoleonic British soldiers seem to have flasks of some kind on their belts, which can be easily painted to look like turnips. Here are the new soldiers in their questionable glory.

Private Nozzle is young and idealistic, and eagerly plays a fanfare on his trumpet whenever his comrades find a good turnip, which helps nobody. 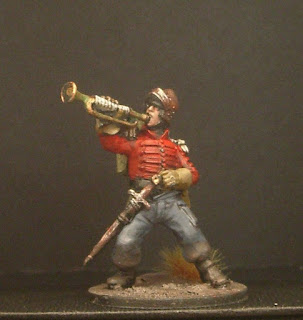 Private First Class Gripknee is known for his excellent aim, and not for his personal hygiene. 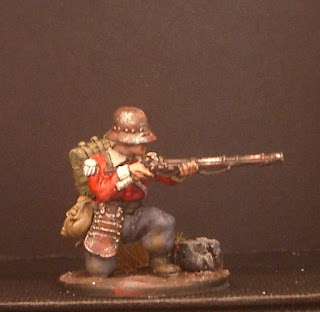 Private Clencher is so well-armoured that nobody has seen his face for many years. Or perhaps this is his face. It's better not to inquire. 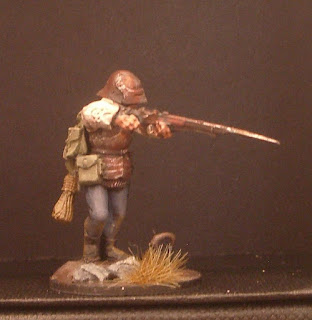 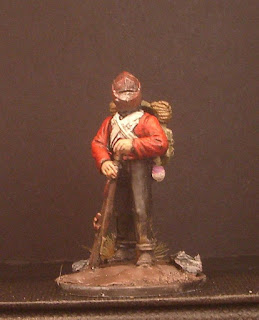 I was wondering who would dare take arms against these bold warriors. Obviously, there will be the soldiers of other warbands and grotty provinces, but what strange creatures do they face? I hope to have answers soon.

Email ThisBlogThis!Share to TwitterShare to FacebookShare to Pinterest
Labels: Turnip 28

I really love what you are doing here. Truly tasty :)

Thanks! It's been a really fun project and I'm very pleased with the results!