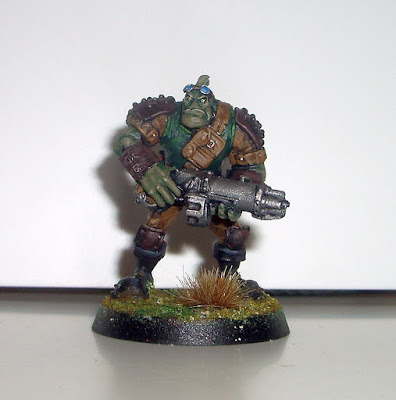 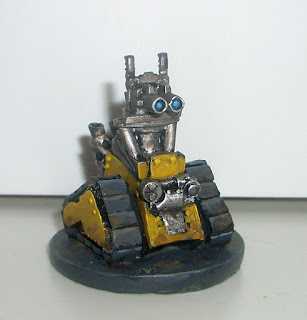 And that's it for the moment. Except for the sea monster.
Posted by Toby at 09:43

I'm a big fan of hulking brutes in a sci-fi setting, and the Trollblood fills that niche nicely, in the same way that a scaley does in a Necromundan scavvy gang. He'd be the perfect muscle to add to a space pirate or mercenary crew. Your not Wall-E is very cute too!

Yes, he's definitely that sort of guy! I've got another trollblood with a rocket launcher, who's very 40k in style. I can see why they wouldn't be to everyone's tastes, but I really like the models. Thanks about not-Wall-E - he was one of those spur of the moment conversions, really just to get the bits off my desk!