Myron Jubalgunn and the Dangerous Alien

Last post, I made Myron Jubalgunn's friend, the "dangerous alien" from this picture: 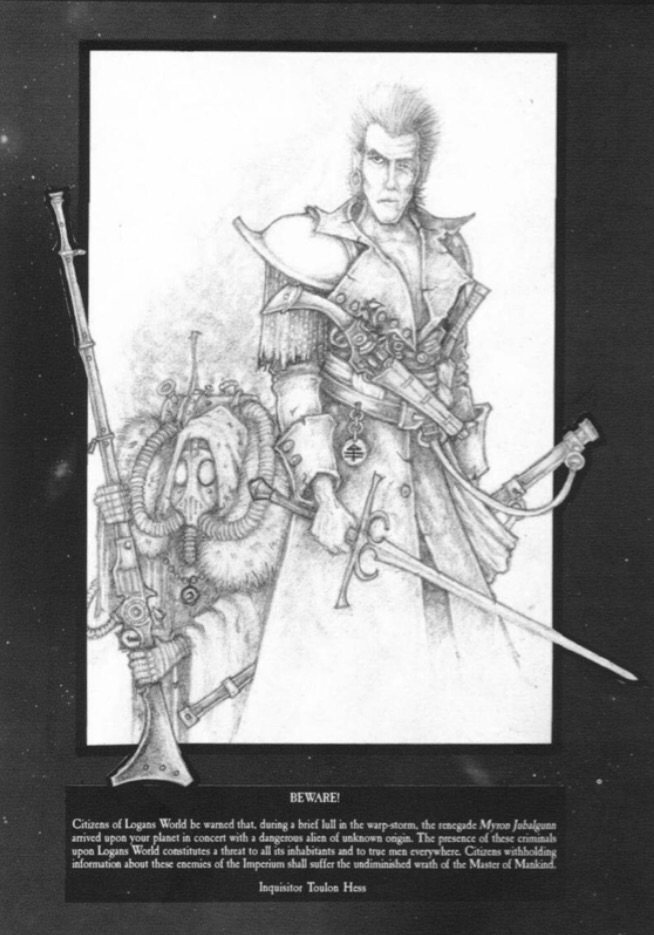 This time, I had a go at Myron himself.

The main thing about him is that he's got a long coat. I first thought that an Eldar scout would be a good basis, but the posing wasn't quite right, and I noticed that he seems not to be wearing a shirt (or anything else!) under it. I decided to base the model on an old Empire flagellant, which has a bare chest and long robes.

The basic model was given new feet from green stuff, and arms from Eldar models. Because the flagellant seemed a little short, I put him on a small piece of slate. The head came from a Dark Eldar, the guns were from Warlord Civil War cavalry, and much of the rest of the additions were green stuff.

I don't mind filling gaps with green stuff, but I'm no expert in sculpting with it, and it would be easier to get Nessie's autograph than a smooth finish with it. As it happens, I did quite a bit of sculpting on this model, and I'm 60% happy with the outcome. Here's a WIP. 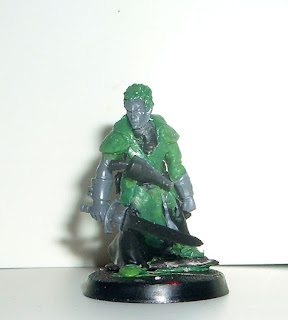 It looks a bit better with paint. 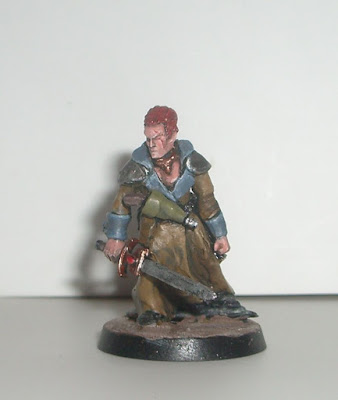 I'm not sure what the metal thing around his neck might be: it's sculpted onto the flagellant body, and looks like a steel collar. I painted it a more vibrant colour here, to draw the eye to the head. Myron is meant to have a large scar across his face, which wasn't easy to paint. He still looks rather short, but I think that's just the angle of the picture.

Here is a picture of Myron and his alien friend, waiting to have their portraits drawn. 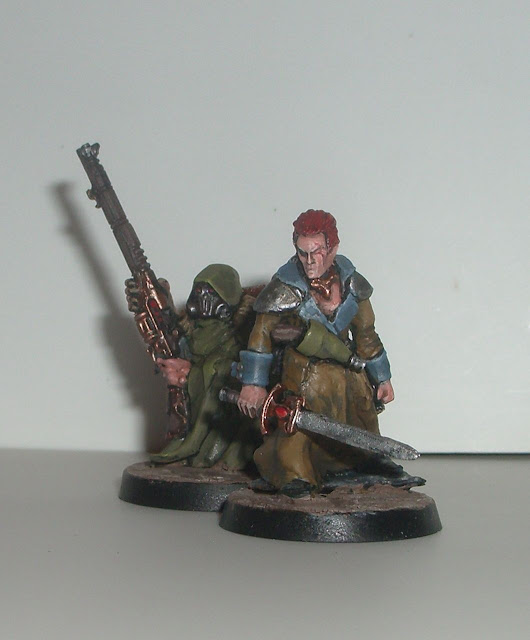 Overall, I'm not 100% happy, and one day I might try to give Myron longer legs, but for now, they look alright.

So, I wasn't happy with Myron's short legs, and I decided to make him a bit taller. This was fiddly.

I removed him from his base, cut off his feet and put him on two small bits of plasticard to make him taller. I pinned the plasticard to the model and to the base to stabilise it. Then I sculpted boots around the plasticard. To be honest, it's hard to see what I've done and it looks a bit rough (because it is). But it does make him taller and more imposing. So, here's the modified Myron: 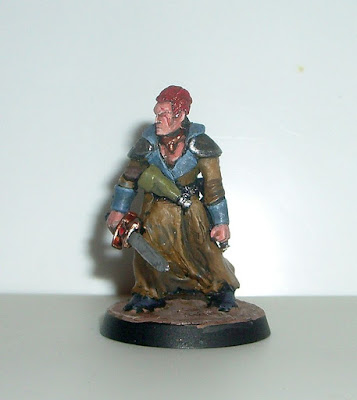 And here he is with his friend. Much better - or at least I think so! 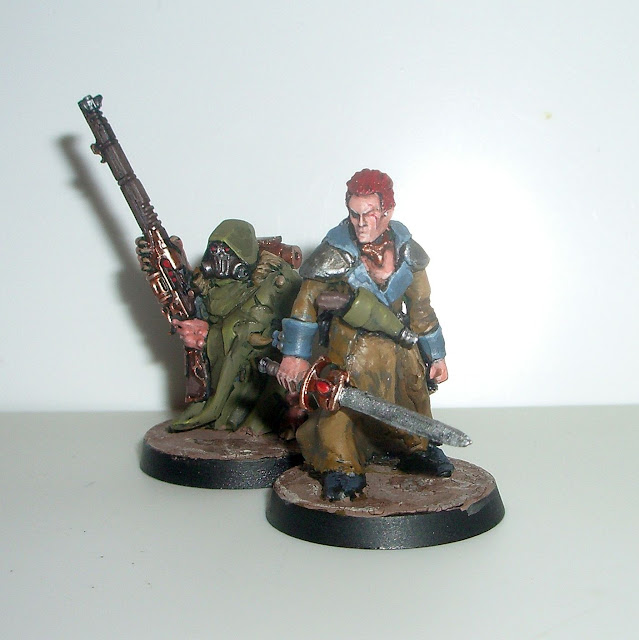 Cool. I always liked that illustration, you did a good job getting the look.
Longer legs might be a good idea, it would help the figure look more slim and contrast hwight more. Still cool though!!!

Thanks! I am currently reworking the legs, so I'll post my results once he's been suitably altered. I really like your blog, by the way, particularly the Sisters of Battle. There's some great stuff there.

Nice job with this pair. They're absolutely recognisable from the artwork and definitely make a fun duo to base some games around.

You mentioned that you struggled getting the greenstuff smooth. I use clay shapers and saliva - it really does help!

Thanks Axiom - I'm glad that they're recognisable. This is one of my better green stuff jobs, and a lot of spit and smoothing did go on, but I still find it tricky to use.

I did have a go at making his legs longer, and I think it's a real improvement!

Good job, Toby! You got really close to your source of inspiration, I think!