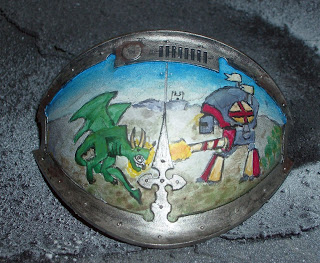 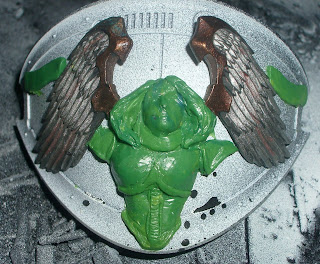 I'm planning to paint this as old bronze, to hide any flaws in the sculpting (of which, left's be honest, there will be many).
Posted by Toby at 03:58

Nice job with the freehand and the green Stuff!

Thanks - more to come!