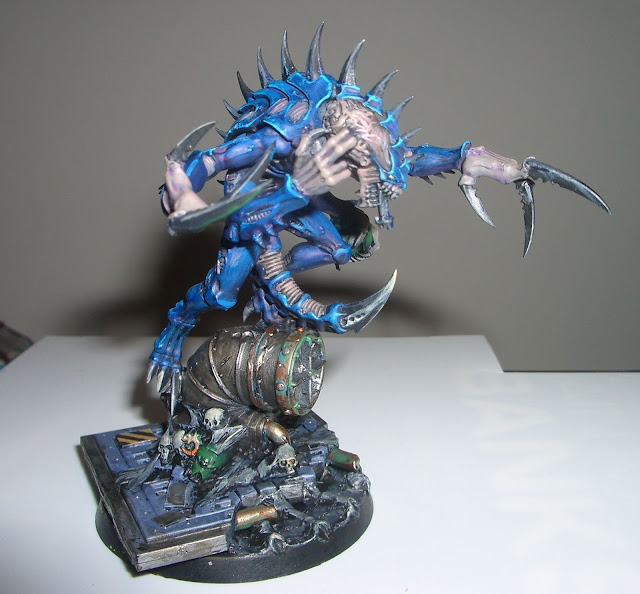 Overall, he's come out rather washed-out, because he lacks bright colour. But it's hard to know how to deal with this, given that any bright bits would probably draw attention from the main model. Anyhow, I need to tidy him up a bit, but overall, he will be a good leader for the cult.
Posted by Toby at 10:24