During the summer, while a combination of heat, semi-lockdown and noisy idiots was driving me slightly mad, I bought a copy of this book by the illustrator and comic writer Moebius: 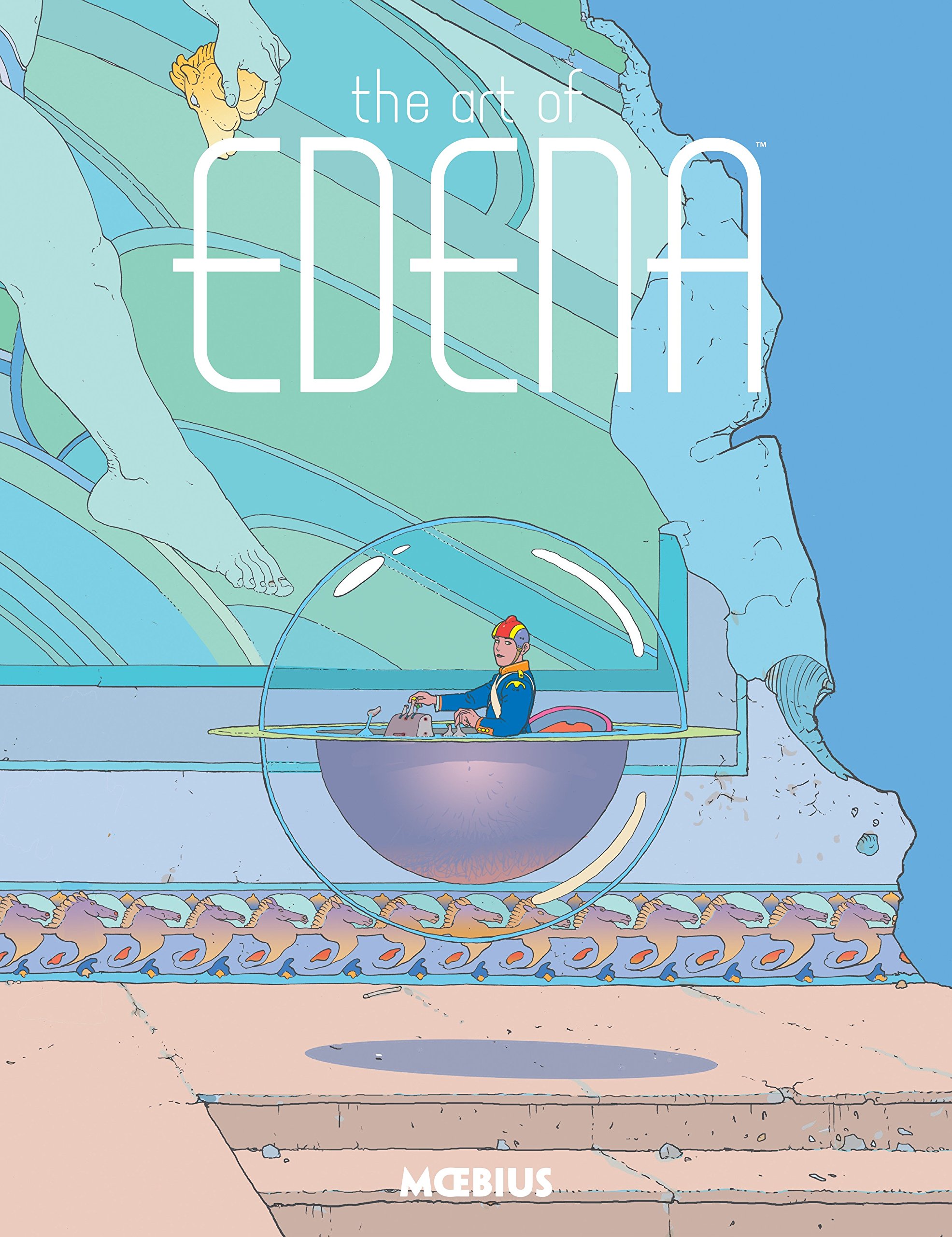 Moebius, among other things, did concept illustrations for Alien and the unmade 1970s version of Dune, and I'm sure some of the Rogue Trader models are influenced by his work. Anyhow, the book contains a lot of very nice pictures, like this: 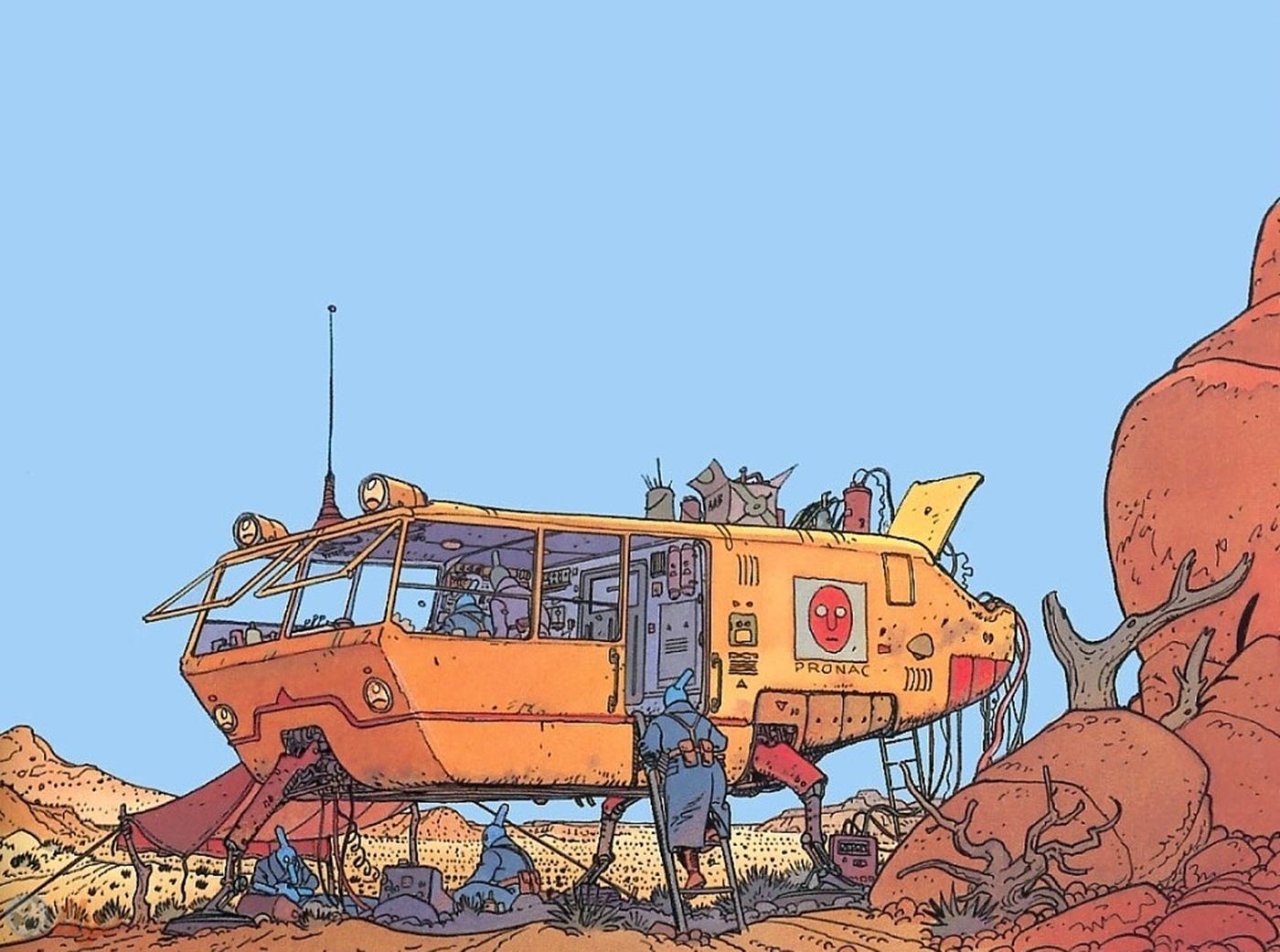 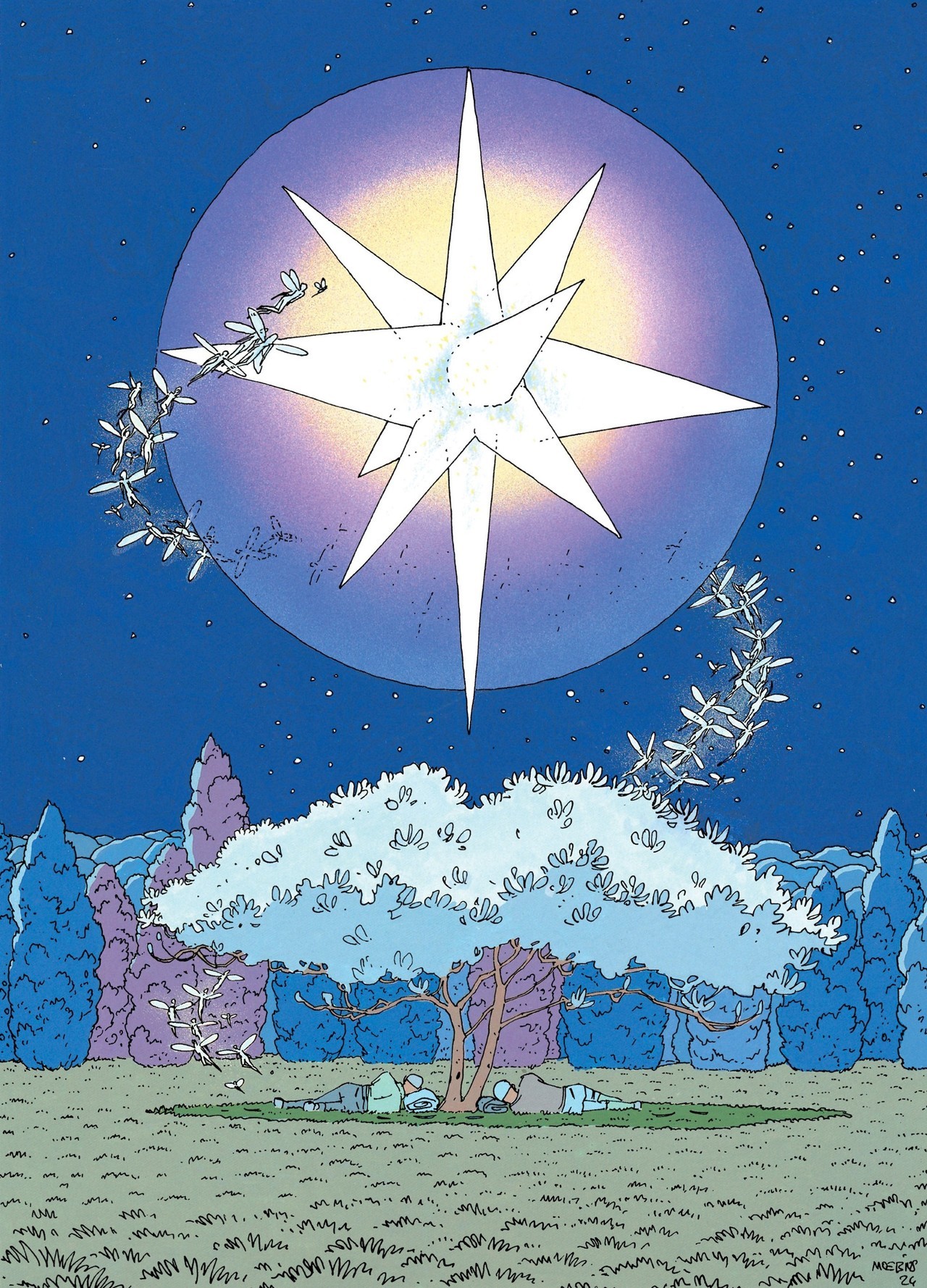 It's all rather trippy and slightly surreal. I really like the colours and the shading he uses, and I thought it would be interesting to try to paint a miniature using similar shades. I chose a metal harlequin I had in the bits box - or at least, the upper half of one, as I'd used the legs for something else a while ago - and I added some dark eldar legs.

In painting I didn't go for anything too fiddly like checks, but tried to copy the colours and colour fades from the Moebius pictures. Here are the results. 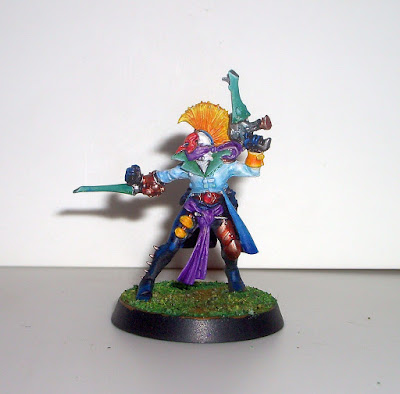 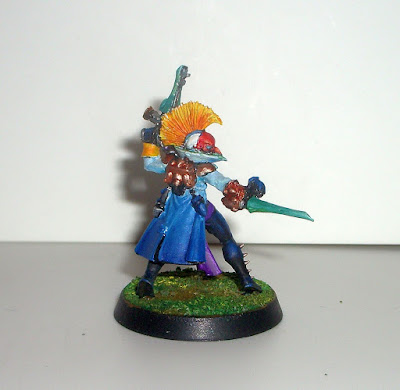 Email ThisBlogThis!Share to TwitterShare to FacebookShare to Pinterest
Labels: Eldar, In the style of

I really like it. As a fan of Moebius myself, I have to say his art is powerful, full of daring concepts, it's visually challenging. Your take on the Harlequin here does follow his steps, and I think that is quite a thing :)

I'm glad it worked. It was interesting trying to duplicate existing colours, which meant using a lot of colour fading and blending. Next up, Giger!