So, here are three more arboreal loonies for the wood elf warband.

Our first guy is an old metal champion. He's a cool model. I've not got much to say about him except that he was a pleasure to paint. 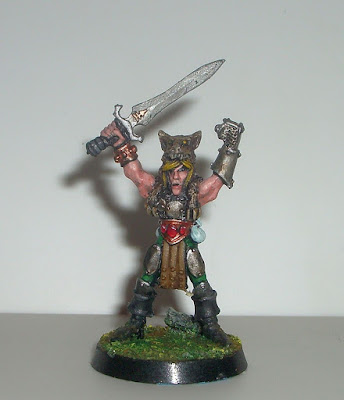 Second is an equally ancient lord. Once, he'd had some kind of spear, but I managed to snap it off many years ago, so I gave him a huge sword instead. Otherwise, he's unconverted. Again, he was easy and pleasant to paint, although his face was a bit on the fiddly side. 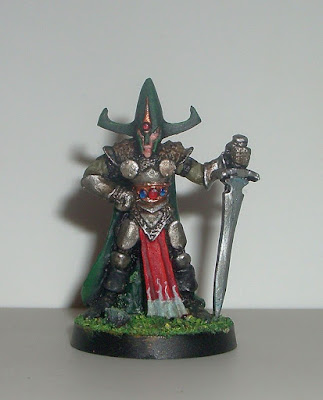 And third, we've got another wardancer. This model started off as one of the Corvus Cabal miniatures from Warcry. She's an excellent sculpt, and the sense of movement is terrific. I swapped her original head for a dark eldar one, and cut her rather large polearm down to be a wooden staff, for a simpler and more martial-artsy feel. She was surprisingly easy to paint as well. 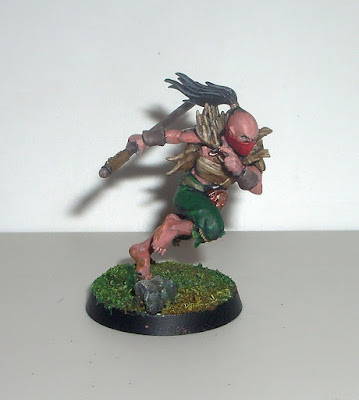 Over the last couple of days, I watched the film Mortal Engines. It's not a great film, to be honest, but the basic concept (huge mobile cities devouring one another) is very cool, and the design for the cities is very good indeed. The first ten minutes are really decent. Anyhow, it made me wonder about building some kind of mobile settlement, and then I remembered that I'd built a big tank years ago. Perhaps I'll have a go at sprucing it up a bit...