This time, we're back to Arrakis to look at some more worm-surfing Fremen types, largely based on old metal Necromunda Van Saar guys.
First up, three soldiers. They're unconverted. 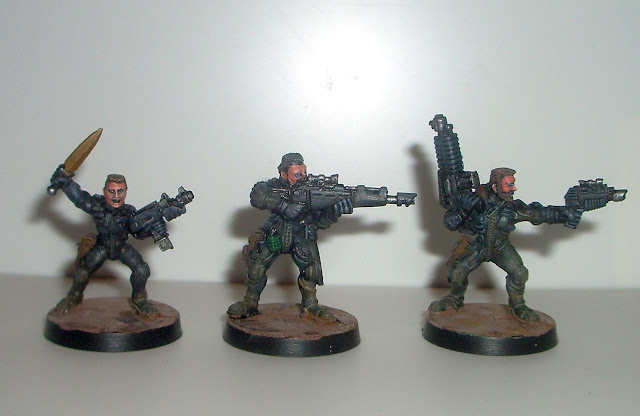 I'd forgotten how little these models actually are. The two gangers are about average for 28mm models of the day, perhaps slightly smaller, but the juves are genuinely weeny. I wonder if the Van Saars were meant to be particularly small people?
Here is another juve, and a heavy. The heavy was once a colonel in the Imperial Army, and uses the Spice as the secret ingredient in his fried chicken sauce. 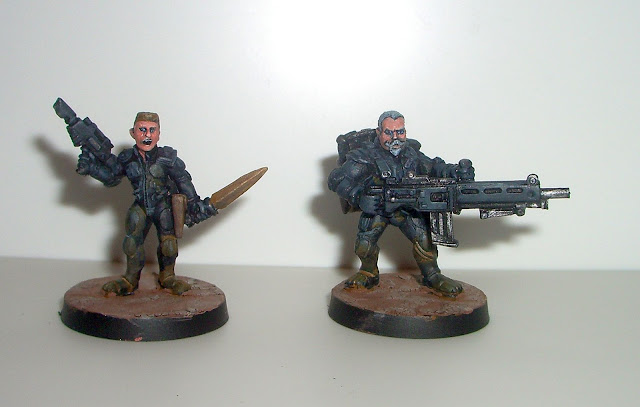 The last couple aren't Necromunda models at all. On the left is an old metal Vindicare Assassin, who is blending in with the surroundings by (a) waving his guns in the air and (b) looking like someone who's come to a fancy dress party as a space assassin. He's huge compared to the other models, but his outfit means that he fits in quite well. Perhaps he's been sent by the Imperium to sort out the others and nobody's noticed him yet?
The other model is an old eldar scout with a new head from Statuesque Miniatures. I could see the Fremen wearing long coats for camouflage, like the dusters in Wild West films. 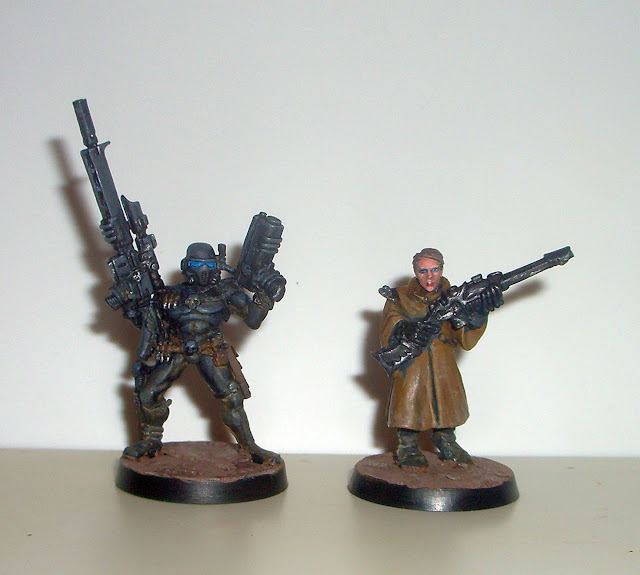 Thanks! I've done some more and will put up pictures shortly. They do have a nice cyberpunk feel.