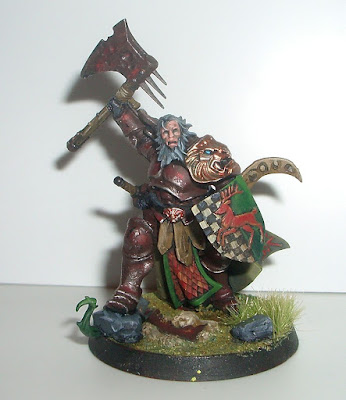 Nice conversion work and awesome paintwork! He's got buckets more character than the rather bland sigmarites!

Thanks! He just needs some minions!

Excellent conversion and really nice brushwork too. I like how weathered and weary he looks.