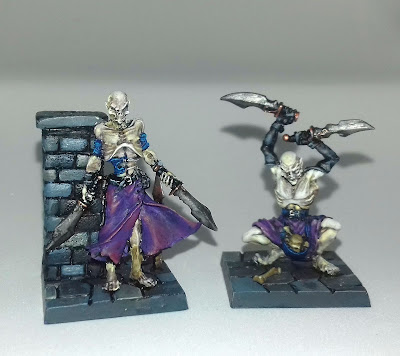 What's next? Well, I've been challenged to make a model out of the box, without converting it at all. My robot rickshaw has become something of a legend, and this is at the opposite end of the scale. So, I've got an ancient GW dragon that I'm going to put together without any conversions. Will I fight the urge to make "improvements"? Wish me luck!
Posted by Toby at 11:50

Thanks! Rackham did some very weird and very stylish models back in the day. I really like these miniatures, even if they are very flimsy!

I’ve checked all the boxes are there and handed out rulebook a like confetti :). I’ve just finished my painting pledge for November so now I can treat myself to assembling some of the carnivale stuff.... where to start though?

Did you manage to get Parky involved? There are guns after all (albeit wonky primitive ones)!