It's been another fairly low-key week. I was invited to a wedding (not that one) in Cardiff, and I thought the other guests wouldn't appreciate me painting through the speeches.


Anyway, I did manage to get a couple more Tombstoners painted. I like the guy on the left's positioning - not quite going for his guns, but certainly giving it thought. His coat was painted grey and highlighted up with blue: given the limited palette, different highlighting colours can really make a difference. The guy on the right looks as if he's stolen his various items of clothing from my wardrobe. I'm not sure if that does him much credit to be honest. 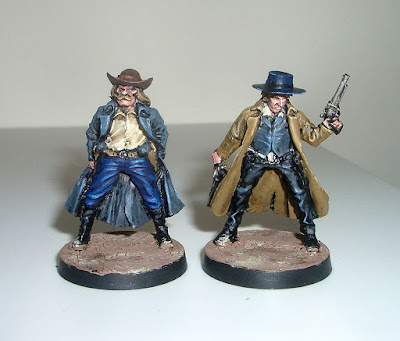 I also managed to finish the buggy that I started making a while ago for the genestealer cult. Following the good advice of Mr Papafakis, I went with a bright colour scheme like those in Chris Foss' spaceship paintings. I think it works nicely. 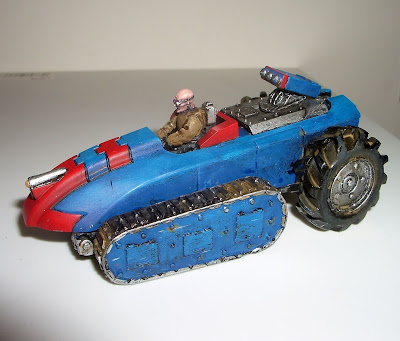 In the game, I suppose I'd use this as a Sentinel, armed with a missile launcher. As it stands, I just like the look of the thing. It would look right in some border town, impressing the locals. 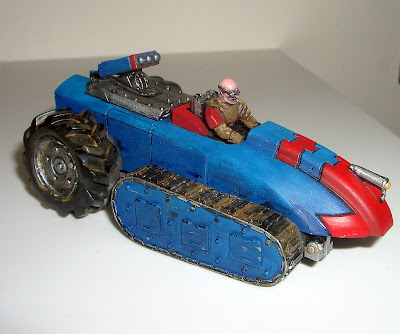 I really ought to get the Tombstone people together and have a group shot - or a group shoot-out, whichever works better. I've built up quite a few now!