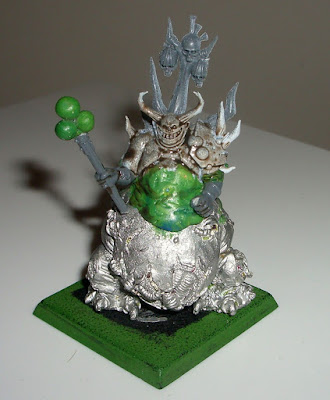 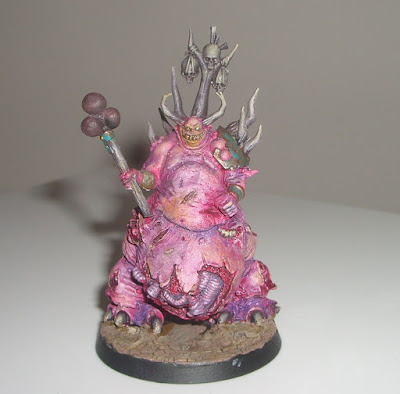 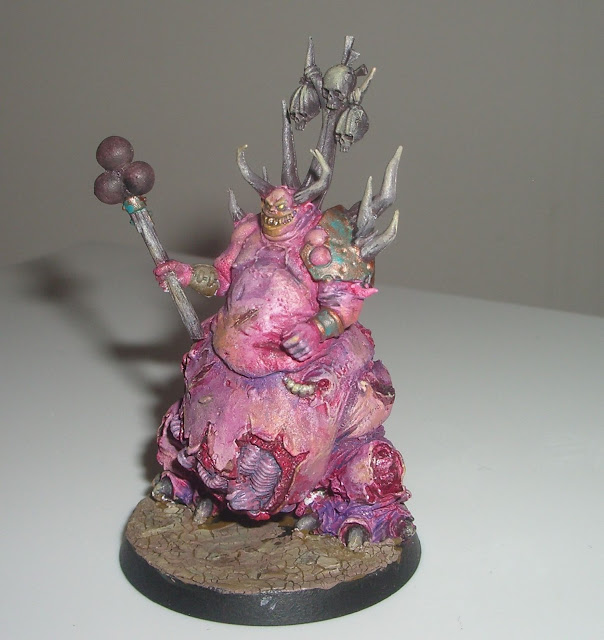 Cracking job on the Nurgle chappie!

It's loathsomely appealing and makes a fantastic character model!

Cheers! I can't see myself getting into Chaos - for one thing, I've got an army of space nuns I need to finish, and for another, massive 28mm battles aren't that appealing - but inevitably several people I know are going to end up with the new 40k boxed set, and it can't hurt to have a few bits and pieces to add to it.

Since I learned the alchemical secrets of Dettol, I've got about half a ton of stripped lead models to repaint, and this was partly one of them.