War never changes, as Chaucer or Milton or one of those guys once said. I got hold of a copy of the Fallout 4 art book, which is full of fun things to make and do, including homemade rifles and killer androids. While I'm not skilled or inclined enough to literally copy the things in it, there are loads of inspiring ideas for general Necromunda scenery.

All of which brings me to this, made from sprue, plasticard and two strangely-shaped bits of plastic in the bits box that might have come off a land speeder many years ago. 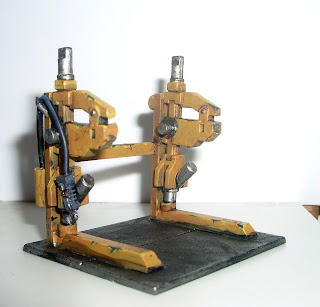 What is it? Well, it's a frame for holding partly-dismantled suits of power armour. Like this: 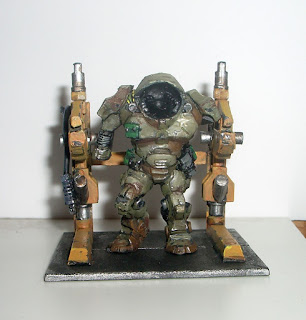 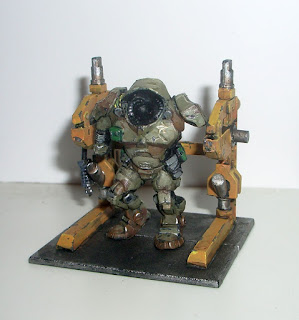 Handy, eh? Although it has no use in the game except perhaps as an object to hide behind, it does bring some colour to the battlefield, which has been looking rather drab. Anyway, I'm off to a show called Colours in Newbury this weekend. Hopefully there should be lots of "useful" stuff there!

Very simple, yet effective terrain piece! Who's the robot dude?