I made this train ages ago and completely forgot about it. It's had a bit of a repaint, but it still needs some detailing when I get round to it. I imagine that armoured trains like this roll across the wasteland between the spires, hauling goods and equipment. It's almost entirely parts from Ramshackle tank kits, with details stuck on from Citadel models. I rather like how crude it is. I wouldn't see the train being used as a vehicle as such, but it could make a good piece of moving terrain for Necromunda. If I made some carriages, I could have an entirely train-located game. Sometimes model making is like designing an adventure playground. 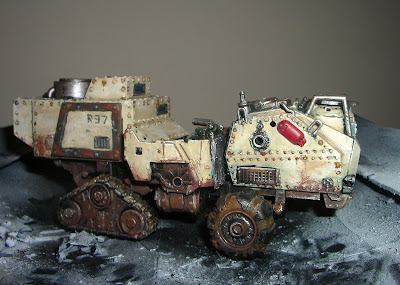 And here is some kind of lorry. It was one of those everything-in-the-bits-box models. The chassis is from a GW ork truck, the cab is from a Dust walker, the tracks are some kind of Mantic cannon and the rear part - well, I've no idea where it came from, but it's a huge lump of solid resin. Given that the Genestealer Cult is back with a vengeance now, perhaps it could be some kind of improvised APC? 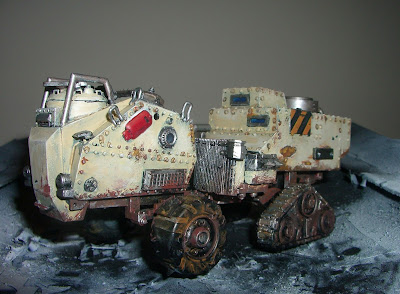 Finally, I have started work on the gas station. The MDF kit is reasonable enough and very large. It will certainly do as a post-apocalyptic base. Here is a work in progress shot of the basic structure. 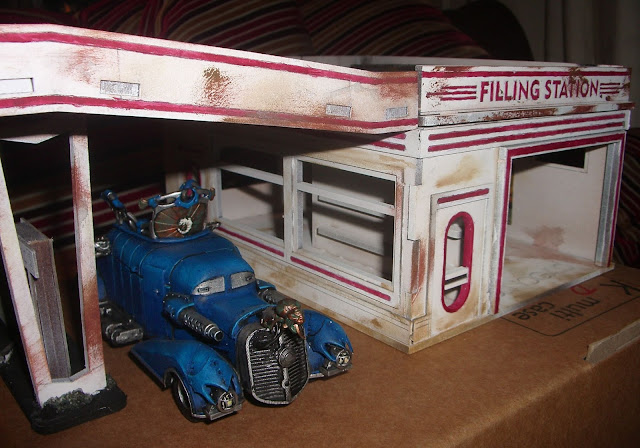