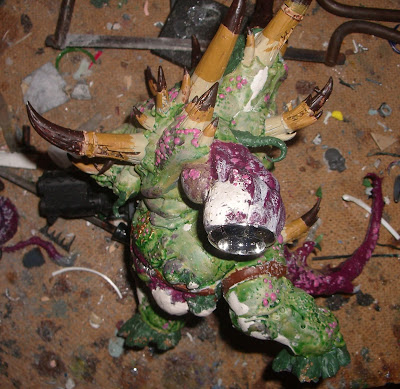 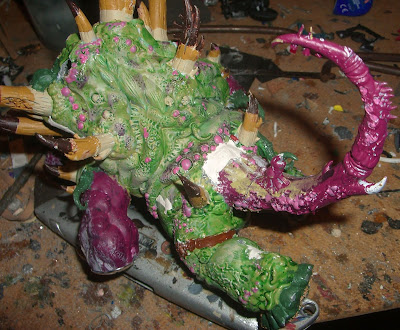 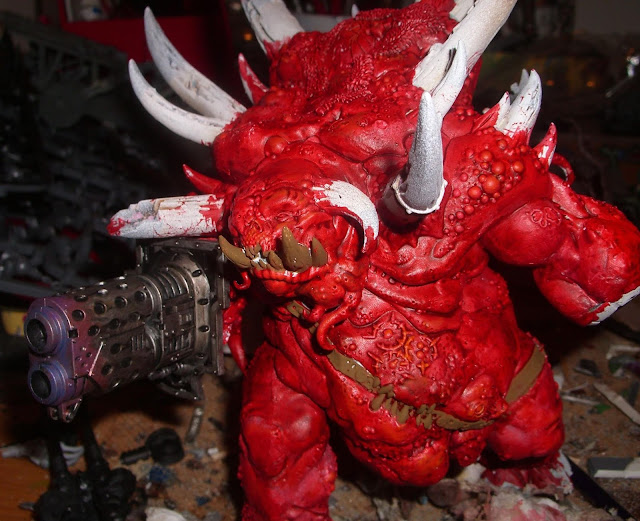 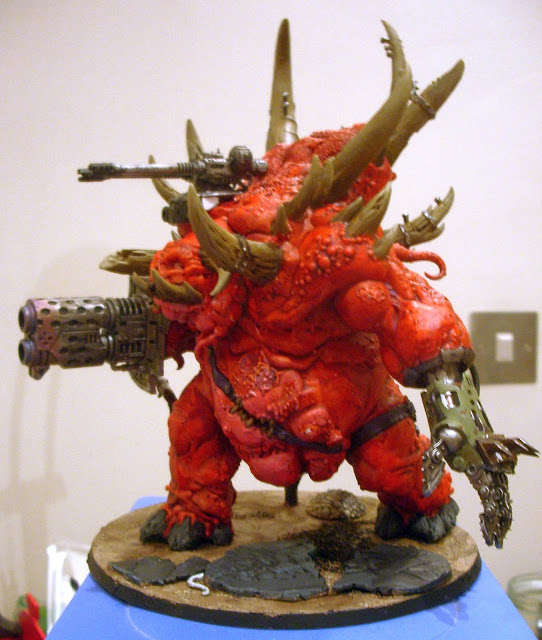 Brilliant conversion work on the Glottkin!

You had me at "shoved it up his bumb".

I've never seen it before, but the issues you pointed out make sense. Great work correcting them.... especially the bumb bit :p

As for the contrast paints. They're not good at covering large areas. They're much better, and predominantly designed for, surfaces with a lot of detail....more like a dip. If you're undecided on how to proceed I'd suggest going over it with a few washes.

Cheers guys. Yes, I think I did the right thing by his bum, so to speak!

The contrast paint worked quite well on the glottkin because he's very bumpy and warty. I wouldn't expect anything near as good results on say, Eldar or Space Marines. I have used some washes - green and purple, mainly - and it looks better with them. Overall, a decent way of getting a fair amount of coverage, but not perfect.