A Knight And A Spire

After last time's archer, I decided to paint a knight in similar colours, presumably as the head of the household. I found an old Gamezone model, which had a really good horse but a very boring rider. I removed the rider and made one of my own, with the body, legs and right arm of a Warhammer pistolier, and the left arm of a Warhammer knight. I added a head from Statuesque Miniatures and then, as Lou Reed once put it, he was a she. Hey babe, take a ride on the wild side.

The basing was tricky, as I wanted it to tie into the cobblestones of the infantry, but needed a cavalry base with slots to give the horse some support. I flattened out some green stuff on scraps of paper and "drew" cobbles into it with a biro. I painted these and glued them onto the base, then put ash-style flock around to cover up the gaps. 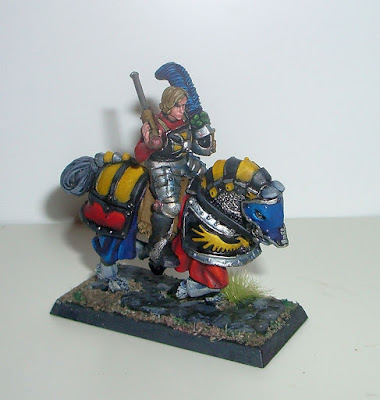 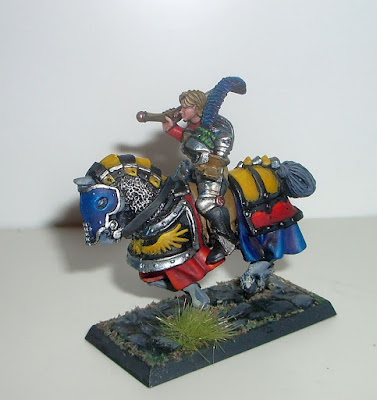 My second project is a bit of an experiment. A few weeks back, GW brought out a set of spires for their Adeptus Titanicus game. The spires looked really nicely-sculpted, and very much in the gothic-without-excessive-skulls look that I like. I bought a set to see if they could be incorporated into the architecture of the various 28mm buildings that I've been making.

Of course, they're wildly out of scale, but would it matter? The answer, I suspect, is "No, unless you think about it". I took the base plate of a Magewrath Throne, and put one of the spires on top of it.

Here in the UK, there are about a dozen monuments called Eleanor Crosses, which King Edward I put up in memory of his wife, Eleanor, in various towns. The one below is at Waltham. Apparently, there was one in Dunstable, but it seems to have gone missing, probably round about the time when the pubs close.

So, here's my take on the concept. 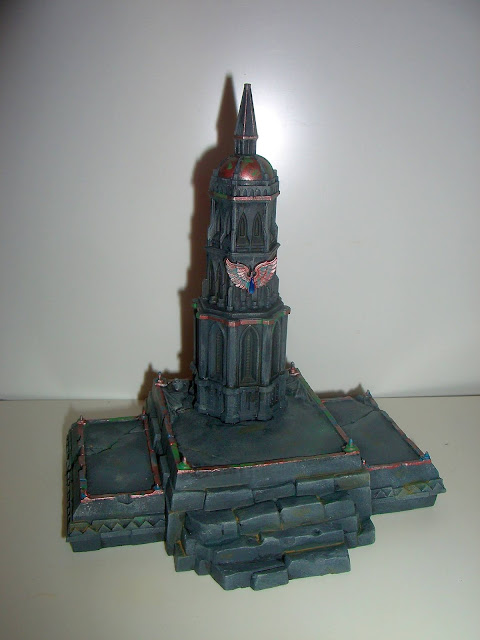 I've added a little 40k detail halfway down to give it a bit of visual focus, and painted the teardrop blue to get away from the fact that it's a Blood Angels part. I think it works.

Here's it next to Sir Vaylance the Vigilant. 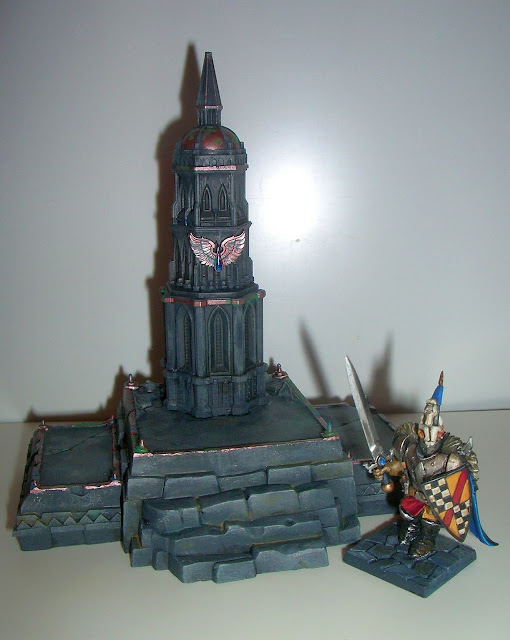