This week, I've been working on some terrain. First, I made some improvements on a large workshop that I first built years ago and, appropriately, have been tinkering with ever since. 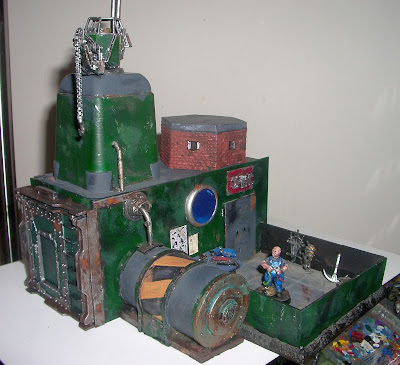 It incorporates all kinds of stuff: boxes and yogurt pots for the main body, a fuel tank from Ramshackle, some kind of little resin bunker, a crane based around a sentinel cockpit, and what I think was once a movement tray from Warhammer Fantasy Battle. I added some more detail, tidied up the painting (to an extent) and made a few adjustments. Here’s a closer view. 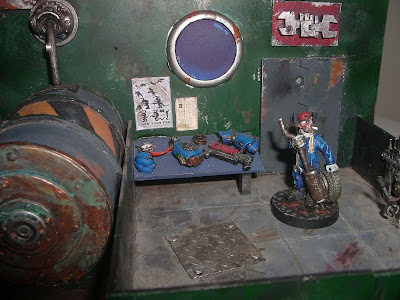 I think it will suit my team of mechanics pretty well.

Every so often, I have a look for useful stuff in the local art shop. This time, I turned up some papier-mache boxes designed to be used as treasure chests. I thought they would look good as buildings, and used some textured plasticard to put together a lower floor under one of the boxes. 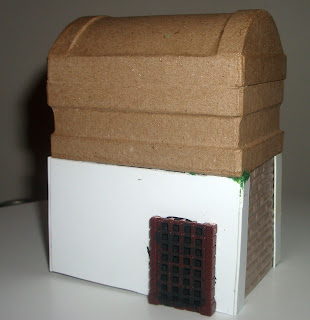 I added some random detailing and painted it to resemble the bright green favela-style house that I made a few months ago. I expect that even on Necromunda, there is a suitably vapid publication that shows off the homes of the rich and infamous. So, taken from the pages of Hell-O, here renowned gang leader Algebra Flaps shows us around his beautiful armoured hovel. 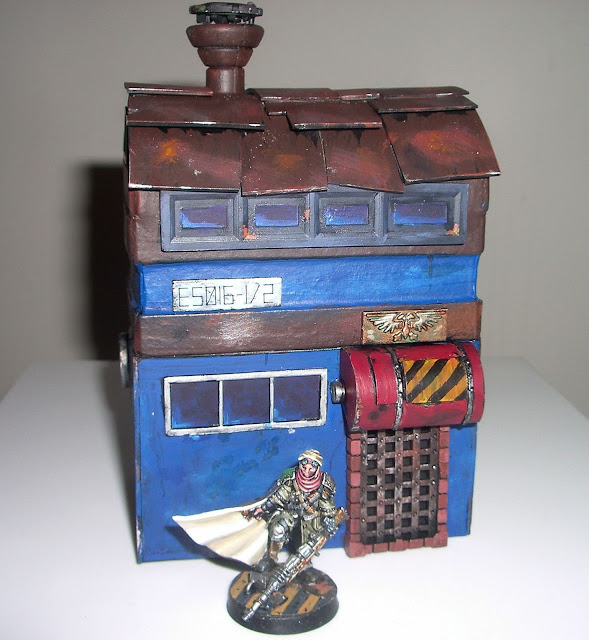 I forgot to add this! It's the completed dormouse in his automated teapot. Here he is. 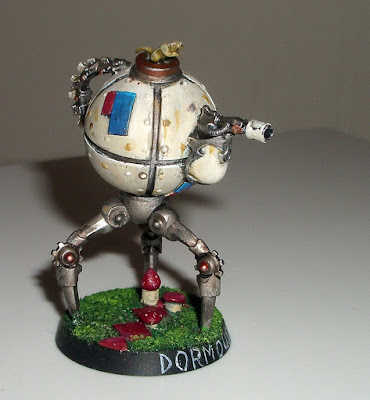 Wow Toby! You really did a great job with converting that treasure chest. Excellent stuff mate :)

Thanks - I think it's turned out quite well. It's hard to bring some colour to the battlefield without losing that near-future hellhole look.