A Cavalcade of Carnivale


It's been a bit of a while since I posted here: the real world reared its ugly head and I had to eat a ton of mince pies and drink several gallons of mulled stuff. Anyway, I've been trying to make a dent in the huge number of lead Carnivale models I've got to paint before I can start on the huge number of resin Carnivale models I've got to paint.

Frankly, I've got more chance of photographing Nessie than I have of getting a decent picture of a Carnivale model, but I've tried my best.

Here are the nobles, which I painted a while ago: 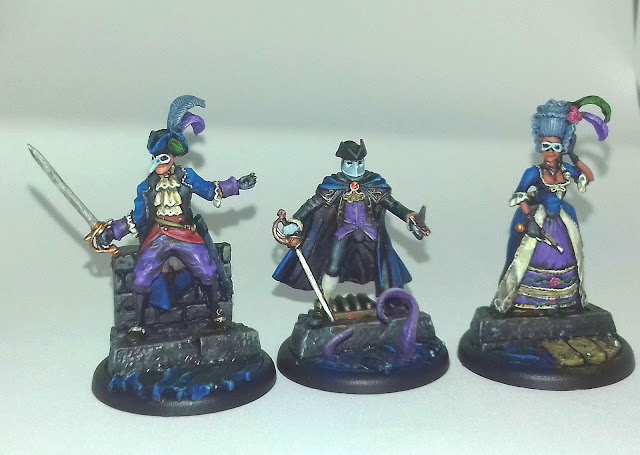 And here is a Deep One: 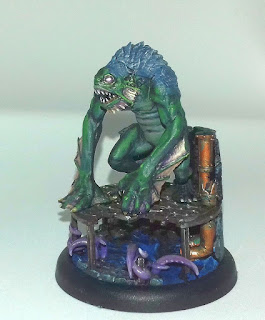 And here are two peasants. I painted them to match the nobles that I did a while ago, so that they could function as a gang. In the rules, the Patrician faction can take maids and butlers, and I think these two would fit that role. 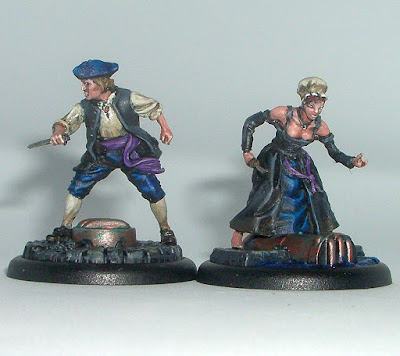 And finally, here's one I'm really proud of. He's called "The creature" in Carnivale, but he's clearly Frankenstein's monster. He was a really nice model to put together and paint. I put him on another Wyrd scenic base. 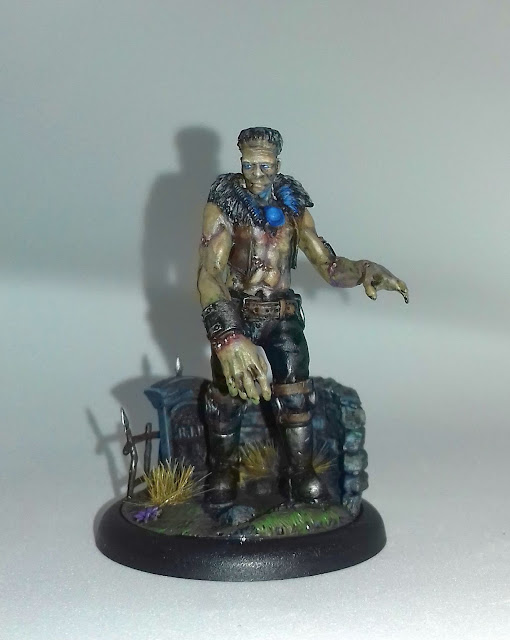 That's my Carnivale people for now. I've still got a fair heap of lead to work through, but I fancy a bit of a change for now.
Posted by Toby at 15:09